With over 100 ethnic communities from all over the world, Côte-des-Neiges is one of the few Montreal neighbourhoods where neither French nor English is the majority language. Saint Joseph’s Oratory, situated on the western side of Mount Royal, dominates the skyline and is the main tourist attraction. A large number of students live in the area, mainly due to the presence of the francophone Université de Montréal. The size and density of Côte-des-Neiges means that rent prices can vary widely.

Wealthy anglophones have dominated Westmount, located on the western slopes of Mount Royal, since the nineteenth century, and the borough retains a fiercely independent (some say snobby) streak. Away from Summit Circle, however, life becomes a bit more normal toward St-Catherine Street. Spacious parks, chic boutiques, and some of the city’s most prestigious private schools attract immigrants who have the means to sustain the traditional Westmount lifestyle, but accommodation is more affordable closer to the Ville-Marie Expressway at the southern edge, closer to Vendôme Metro station.

Villeray is a neighborhood which provides a unique and serene environment alongside its large streets and green spaces. In fact, Villeray is home to 155 green spaces which is inclusive of 61 parks and one enormous park. Similar to all other family-friendly neighborhoods in this city, there are 5 indoor pools, 3 libraries and 15 ice skating rinks for those families who want to take a day off and entertain themselves. Moreover, the residential areas consist mainly of complexes but families can find quaint sectors for their homes. In addition to this, the area offers leisure amenities such as sports which family members can take part in. All in all, Villeray is known to be the perfect urban setting for families to reside in.

These three Montreal neighbourhoods together make up one borough, extending roughly from Boulevard Pie-IX in the east to beautiful Jarry Park further west in “Parc-Ex”, where the world’s best tennis athletes compete in the Rogers Cup each summer.

Slightly further from downtown Montreal than Mile End, Outremont, and the Plateau, rent in Villeray, Saint-Michel, or Parc-Ex can be more affordable.

Montreal’s Little Italy is a small neighbourhood packed with all the best sounds, tastes, and culture from the old country. The centrepiece is the Jean-Talon Market, a bustling farmer’s market open year-round. Some of the best fresh food in Canada can be bought here.

Rent in Little Italy can often be more affordable than in other areas along the Montreal Metro system. Newcomers who want to live alone may consider this Montreal neighbourhood, as it is possible to rent an apartment for less than in neighbouring areas.

Almost always referred to as “NDG”, this neighbourhood west of downtown Montreal offers good value within close proximity of the city centre. Old brick houses and tree-lined avenues give the area a unique character, and, like many Montreal neighbourhoods, NDG has become more gentrified in recent years. Bisected by the Decarie Expressway, NDG’s western half is more English-speaking, while the eastern side is more francophone. The social centre of NDG is Monkland Avenue, with an array of pubs, restaurants, cafes, and shopping to suite all tastes. The western side of NDG is quite far from the Metro, but the 105 bus route, beginning at Vendôme Metro station before moving down Sherbrooke Street, serves the entire neighbourhood, which sits between Montreal Ouest and Westmount.

This is another family-friendly residential neighborhood located towards the western end of the city. There are many prominent boulevards where commercial activity is optimized and possesses traditional Quebecois architectural styles. Due to its large population, there is immense cultural diversity which can act as an attractive feature. This neighborhood has a lot of recreational facilities such as 32 parks, 6 community gardens, 2 indoor pools and 13 community centres. Along with this, there are also 4 libraries and 15 ice skating arenas for those families looking for entertainment. This area is home to a lot of education and health establishments and leisure activities for people of all cultures.

The place is ideal for singles due to its array of trendy restaurants and shops. Outremont is often followed by the statement, “quality of life.”

High rents due to facilities such as rooftop pools and terraces can only be borne by young professionals and the accessibility to downtown Montreal through the railway system is not preferred by families. Along with this, little to no schools are present here which further deteriorates the interest of families. Real estate prices here are high, but a monthly rental agreement can be reasonable as well. Along with other attractive features, the Mount-Royal Cemetery and the University de Montreal are also included.

French expatriates and members of the Hasidic community join upper middle-class francophone Montrealers to make up a disparate collection of well-heeled communities in Outremont, located on the north side of Mount Royal and to the west of Mile End. With an abundance of quality shops, cafes, restaurants, and parks, Outremont is often followed by the phrase “quality of life”. While downtown is largely hidden from view behind the mountain, good public transport links makes the area feel more urban than suburban. Real estate prices are high, but a month-to-month rental in the area, particularly on the Mile End border, can be quite reasonable.

Officially the Town of Mount Royal, or TMR, this affluent on-island Montreal neighbourhood is an independently-run municipality. TMR was designated a National Historic Site of Canada in 2008 because, ‘from a design perspective, its remarkable synthesis of urban renewal movements of the early 20th century, reflecting the influence of the City Beautiful, Garden City and Garden Suburb movements, the quality of its construction, and its high level of integrity make it an outstanding example of a planned community in Canada.’

Traditionally anglophone until the 1960’s, more francophones have since moved into the area, with more than three-quarters of TMR residents now being bilingual. Median incomes among residents are high. The centrepiece of the neighbourhood is Connaught Park, with four planned boulevards leading to this green space from the outskirts of the town. As well as having a couple of Metro stations within walking distance, a commuter train on the RTM Deux-Montagnes line also makes a stop in TMR.

Hampstead’s status as an independent municipality, governed separately from the city of Montreal, gives it a different feel from nearby neighbourhoods. This is an affluent area, with median incomes around 40 percent higher than the Montreal average. Hampstead is one of the most anglophone Montreal neighbourhoods, with English the preferred language of nearly 90 percent of residents.

Côte Saint-Luc is a predominantly English-speaking neighbourhood, where around 40 percent of residents are from the Jewish community. This is where actor William Shatner grew up. With generations of immigrants having settled here, there are plentiful restaurants to suit every taste. Rent in Côte-Saint-Luc can be more affordable than in nearby neighbourhoods.

Montreal Ouest (or Montreal West) is a predominantly English-speaking neighbourhood that has Westminster Avenue as a vibrant focal point. Here you will find an array of non-franchised local businesses, giving the area a certain charm and community spirit.

Though no Montreal Metro stations are located in Montreal Ouest, six bus routes running through the neighbourhood connect to Metro stations. A commuter train station also brings passengers to and from downtown Montreal, as well as locations further west on the island and beyond.

LaSalle is a large neighbourhood, home to around 75,000 Montreal residents. Language demographics in LaSalle are fairly evenly divided between French, English, and other languages, though most LaSallians are bilingual.

Situated between LaSalle and neighbouring Verdun is Angrignon Park, a large urban park inspired by 19th century English gardens, with winding paths and more than 20,000 trees. Other local attractions include the Lachine Canal and Angrignon Mall. The southern parts of LaSalle follow the shore of the Saint Lawrence River, with some stunning vistas across to the south shore.

At the inlet of the Lachine Canal, between LaSalle and Dorval, lies Lachine, a Montreal neighbourhood bisected by Autoroute 20. A commuter train also passes through, which somewhat makes up for Lachine’s lack of a Metro station.

Lachine is home to many young families, with plenty of public schools serving the French- and English-speaking communities. Property and rent in Lachine is more affordable than many other Montreal neighbourhoods, though the area is largely bereft of bars, cafes, and restaurants, so newcomers hoping for such amenities may be better off looking elsewhere.

Along the north end of the Island of Montreal on the banks of the Rivières-des-Prairies facing Laval lies the borough of Ahuntsic-Cartierville, which comprises of two main neighbourhoods: Ahuntsic and Cartierville. This was one of the first areas in the Greater Montreal Area to be inhabited by Europeans.

Fabulous properties line the river bank, with some of the most peaceful locations in the entire Montreal area found in Ahuntsic-Cartierville. This area is particularly popular among families with children.

Stretching from the meeting point of Mile End and Parc-EX (“Mile-Ex”) to Maisonneuve Park and beyond, Rosemont—La-Petite-Patrie is a sizeable and mostly francophone borough in the centre-east of Montreal Island. The area is more like a series of urban villages than a single community. People here live for the outdoors; there are 55 parks, 10 community gardens, and 11 outdoor skating rinks.

People live here mostly for the outdoor facilities which include 55 parks, 10 community gardens and 11 outdoor skating rinks- making it ideal for singles to enjoy the neighbourhood.

As Little Italy rapidly gentrifies, some would say that Saint-Leonard is the true home of Montreal’s Italian community. Italian-Canadian cultural institutions and businesses serve the city’s second-most populous cultural community. Many Saint-Leonard residents are trilingual. It is common for people growing up here to be educated in French, speak Italian at home, and socialise mostly in English.

Saint-Leonard is characterized by its spacious, wide-set semi-detached brick apartments and houses, backyard vegetable gardens, and Italian bars, cafes, and pastry shops. Given the Italian influence, soccer is particularly popular in this Montreal neighbourhood. The many parks dotted around Saint-Leonard contain numerous public soccer fields, as well as bocce courts.

The predominantly francophone neighbourhood of Anjou is located towards the east of the Island of Montreal. The final stations on the Montreal Metro green line are located just south of Anjou, which has a suburban feel. This is a place where people shop at Costco and head to the shopping mall on weekends.

A cluster of urban Montreal neighbourhoods make up the traditionally francophoneworking-class borough of Mercier—Hochelaga-Maisonneuve. Montreal’s Olympic Stadium dominates the skyline, and the surrounding area includes Saputo Stadium (home of the Montreal Impact soccer club), the Botanical Garden, Maisonneuve Market, and the Biodome. The latter is an attraction that allows visitors to wander through four ecosystems found in the Americas.

The Hochelaga-Maisonneuve district towards the west end of the borough has witnessed a steady increase in population over recent years, as Québécois, students, and immigrants mix to create a vibrant community. The average age of residents here is among the lowest in Montreal. Rent is affordable, and the green Metro line is accessible on foot from anywhere in the area. 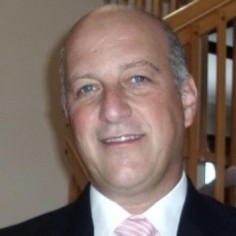